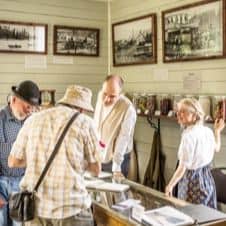 Established in 1981, Heritage BC is a charitable society with members who are the custodians of BC’s heritage with a focus on learning, preserving, conserving, interpreting and promoting heritage in trust for the benefit of society, its development and its enjoyment.

HBC organizes events and workshops for the heritage community, publishes a newsletter, oversees the BC Heritage Awards, produces an annual conference, and advocates on behalf of the heritage community. Heritage BC has developed learning guides, including A Guide to Making a Case for Heritage and Heritage Conservation Tools: Resource Guides. Working with the Province of BC, Heritage produced The State of Heritage report, which proposes twelve broad recommendations, supported with actions that aim to evolve current systems, to positively affect the state of heritage, and to support the sector in reaching its aspirations.

In February 2013, Heritage BC was appointed as administrator of the Heritage Legacy Fund, which was originally established in 2004 by the Province of B.C. Drawing on the interest of a $5 million endowment, held with the Vancouver Foundation, over $2 million has been delivered to communities in every region of B.C.

Heritage BC works closely with the Heritage Branch, Forests, Lands, Natural Resource Operations and Rural Development, supporting the government in meeting its goals. This includes fee-for-service contracts to produce the annual Heritage Conservation in B.C. Factsheet and cultural maps.

In 2016, Heritage BC began a key relationship with the Columbia Basin Trust to deliver grant programs and to provide professional staff support for museum, heritage and archive organizations in the Columbia Basin.

We are currently working on a new strategic plan, but you may wish to see our current vision and goals in our 2019-2021 Strategic Plan.