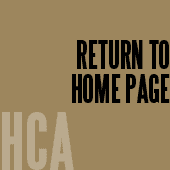 Identifying and describing character-defining elements are fundamental to heritage conservation. The City of Victoria says, “character-defining elements speak to the specific elements of the area that merit its protection. Such elements may include the physical aspects of the area, such as architecture or landscape design, or they may speak to an activity, an event, or an individual historical connection to the area.” (source)

The Standards and Guidelines for the Conservation of Historic Places (source) states character-defining elements are “the materials, forms, location, spatial configurations, uses and cultural associations or meanings that contribute to the heritage value of an historic place, which must be retained in order to preserve its heritage value.”

The Standards and Guidelines also includes a description of heritage value: “the aesthetic, historic, scientific, cultural, social or spiritual importance or significance for past, present or future generations. The heritage value of an historic place is embodied in its character-defining materials, forms, location, spatial configurations, uses and cultural associations or meanings.”

“Each HCA is unique. They are designed to protect what a community values as special about a place and worth conserving for the enjoyment of future generations.”

While one HCA will be distinct from another, it is likely they share characteristics (source):

It should be noted, however, that uniformity is not a prerequisite for establishing an HCA.

Summary of the three examples:

The characteristics of the Revelstoke Station Heritage Conservation Area make up the justification for designating the area (source):

The residential area designated in this section developed rapidly between 1897 and 1915, a period of early, permanent settlement centered around the Revelstoke Station, located on the mainline of the recently completed transcontinental railway, the Canadian Pacific Railway. The area’s origins and history are unique in Revelstoke. Originally established to provide housing for the families of workers employed by the Canadian Pacific Railway and associated businesses, it was initially developed exclusively for residential purposes, a land use that has continued uninterrupted to the present. Conservation of the residential buildings and related land use characteristics in the area will preserve the only remaining example of a continuously occupied railway-related residential neighbourhood within the spectacular and challenging environment of the Mountain Division of the Canadian Pacific Railway.

SPECIAL NOTE: It is intended this guide will develop through community input. If you have best practices and case studies that would benefit this guide, please contact Heritage BC.