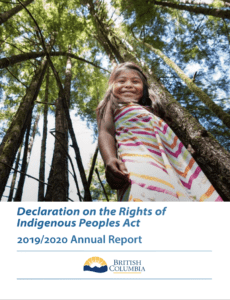 “Collective efforts from all peoples are necessary to revitalize the relationship between Aboriginal peoples and Canadian society – reconciliation is the goal. It is a goal that will take the commitment of multiple generations but, when it is achieved, when we have reconciliation – it will make for a better, stronger Canada.”
– Truth and Reconciliation Commission of Canada

Cultural and intangible heritage is a key part of this framework, and the heritage sector working towards reconciliation with Indigenous peoples is an important part of the implementation of UNDRIP.