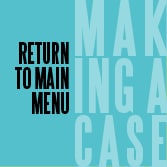 There are many approaches to making the economic case for heritage: from the staff you hire and the goods and services you purchase to conservation costs and tourism revenues. We are touching on a few different approaches to provide empirical evidence and to inspire you as you prepare your local case.

The Value of Real Estate

There is a strong perception that heritage designation can be detrimental to the value of the property, but the evidence tells a different story. The approach to research is varied, and studies often work with small samples and incomplete data, but collectively they make a compelling case. (See our downloadable guidebook, Understanding Heritage Real Estate: Perceptions and Practice, for more information and sources.)

This section is taken directly from Estimates of the Direct Economic Impact of Culture in the Western Provinces in 2017, Hill Strategies (source)

Based on Statistics Canada’s product perspective, the direct economic impact of culture products was estimated at $7.1 billion in British Columbia in 2017, which equates to $1,450 per capita and 2.7% of provincial GDP. The culture employment estimate was 98,100 in 2017, or 4.0% of all jobs in the province. The value added of culture products in B.C. is equal to the national average (2.7% in B.C. and all of Canada), while the employment impact is higher in B.C. (4.0%) than in any other province and well above the national average (3.5%).

Intra-provincial comparisons show that the GDP impact of culture industries in B.C. ($7.9 billion) is larger than the value added of agriculture, forestry, fishing, and hunting ($5.8 billion) and utilities ($6.3 billion) and is similar to that of accommodation and food services ($8.0 billion) and mining, quarrying, and oil and gas extraction ($8.2 billion). The value added of culture is less than that of educational services ($13.4 billion), transportation and warehousing ($16.4 billion), and manufacturing ($18.5 billion).

The estimated GDP of sports industries in 2017 is $1.3 billion, or 0.5% of the province’s GDP. The value add of culture is $7.9 billion, or six times larger than the sports estimate.

The Department of Canadian Heritage includes the following information in their third iteration of the “Government of Canada Survey of Heritage Institutions”.

Use the intrinsic-instrumental-institutional framework to develop a well-rounded description of the economic impact of heritage. Here are some suggestions to help you get started. (Read this short introduction to our recommended approach to making a case.)