Community members are the creators and experts of their Intangible Cultural Heritage (ICH). They are responsible for its transmission and for keeping their ICH alive. Consequently, the holders are not simple informants but instead they are protagonists in the inventorying process, playing a central role in planning and implementation.

In this context, non-community members are co-facilitators and supporters in the process.

Who makes up the community?

“Community” is a complex, fluid, and broad concept, which has been the centre of wide debates in the social and human sciences. There is no single conceptualization that is universally accepted. For the purposes of the 2003 Convention, “community” encompasses those who create, maintain, and transmit intangible cultural heritage and recognize it as their heritage.

There are three main aspects that permit the widest conceptualization of community in the ICH context: 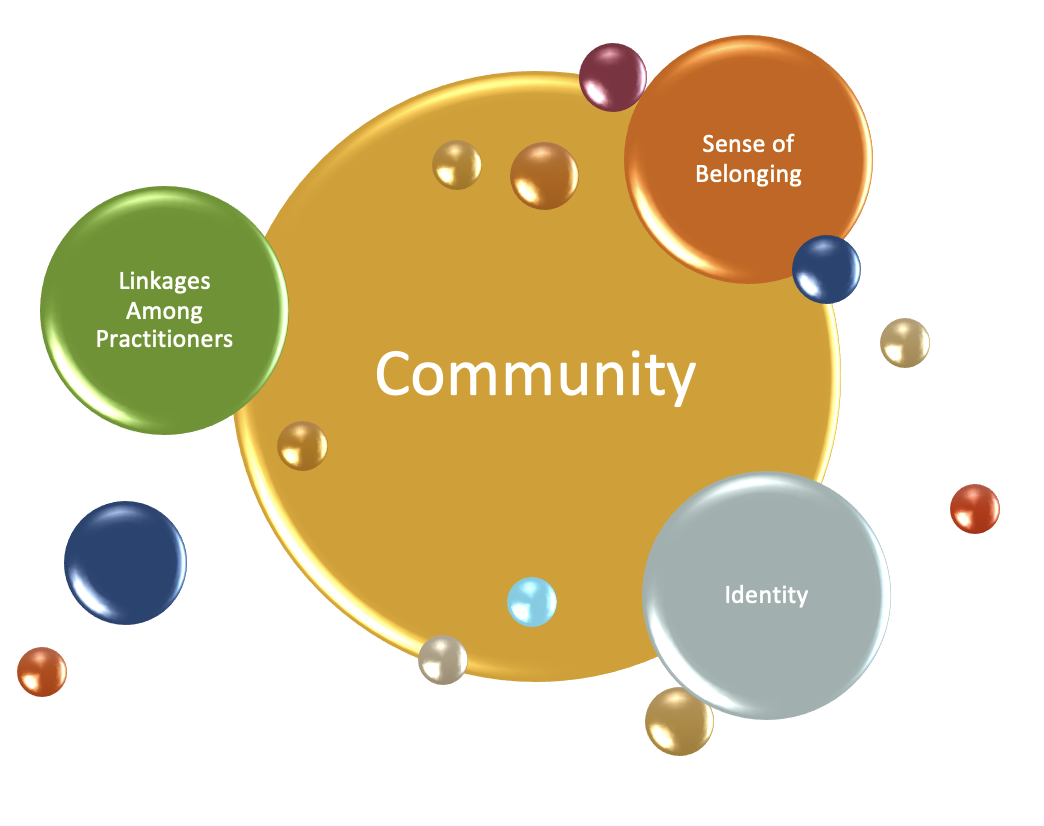 Variety of the community members

“Community” has many different participants, each with singularities, attributes, and roles. Sometimes, however, participants are not given opportunities to express themselves due to their relationships with the community or other participants. Reasons for this could include differences in age and/or gender, socioeconomic backgrounds, and the participants’ roles in ICH manifestation.

Community-based inventorying must include multiple voices at the community level, recognizing that every voice has a key role in the identification and transmission of ICH.

When starting, it is necessary to ask, “Who should be involved? In what role?” 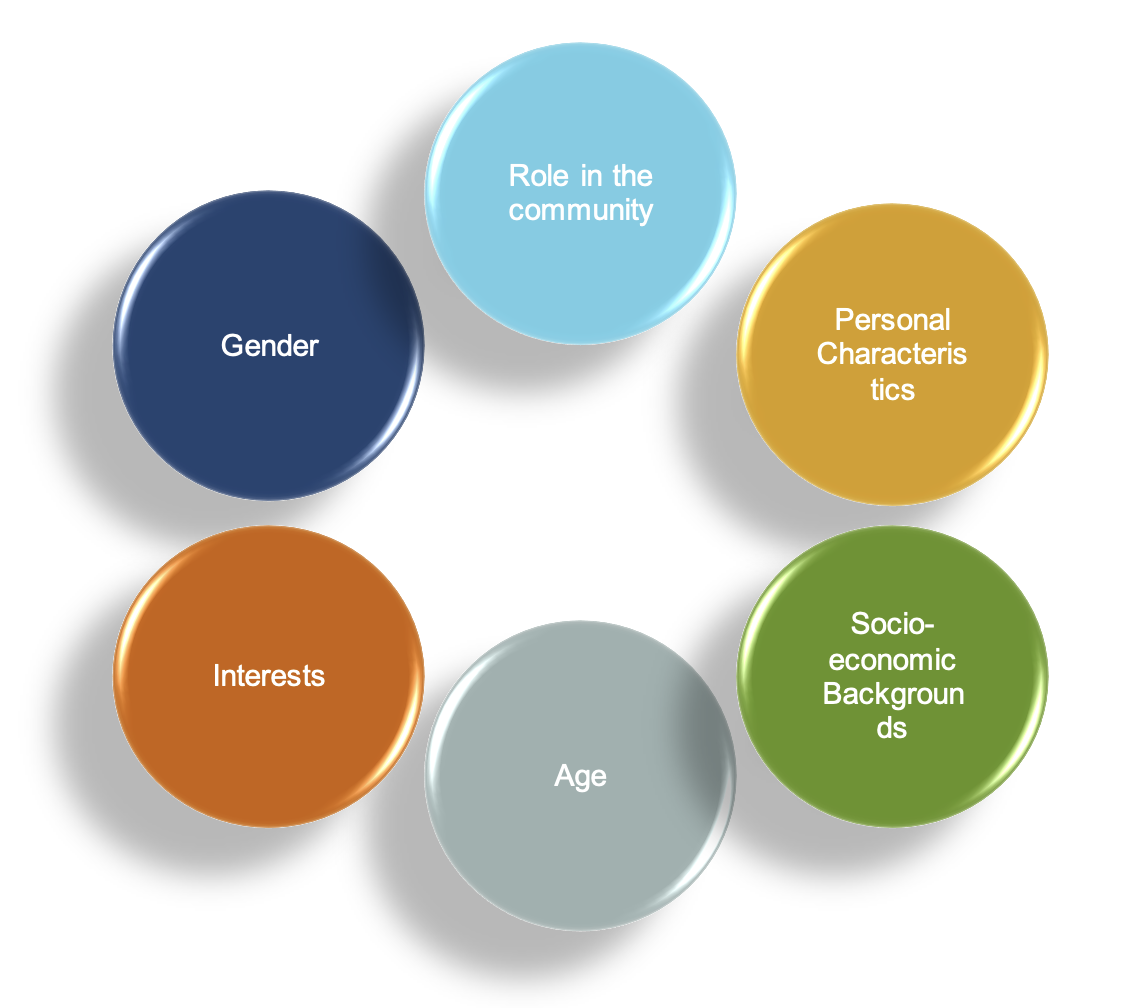 The following picture represents some of these visions: 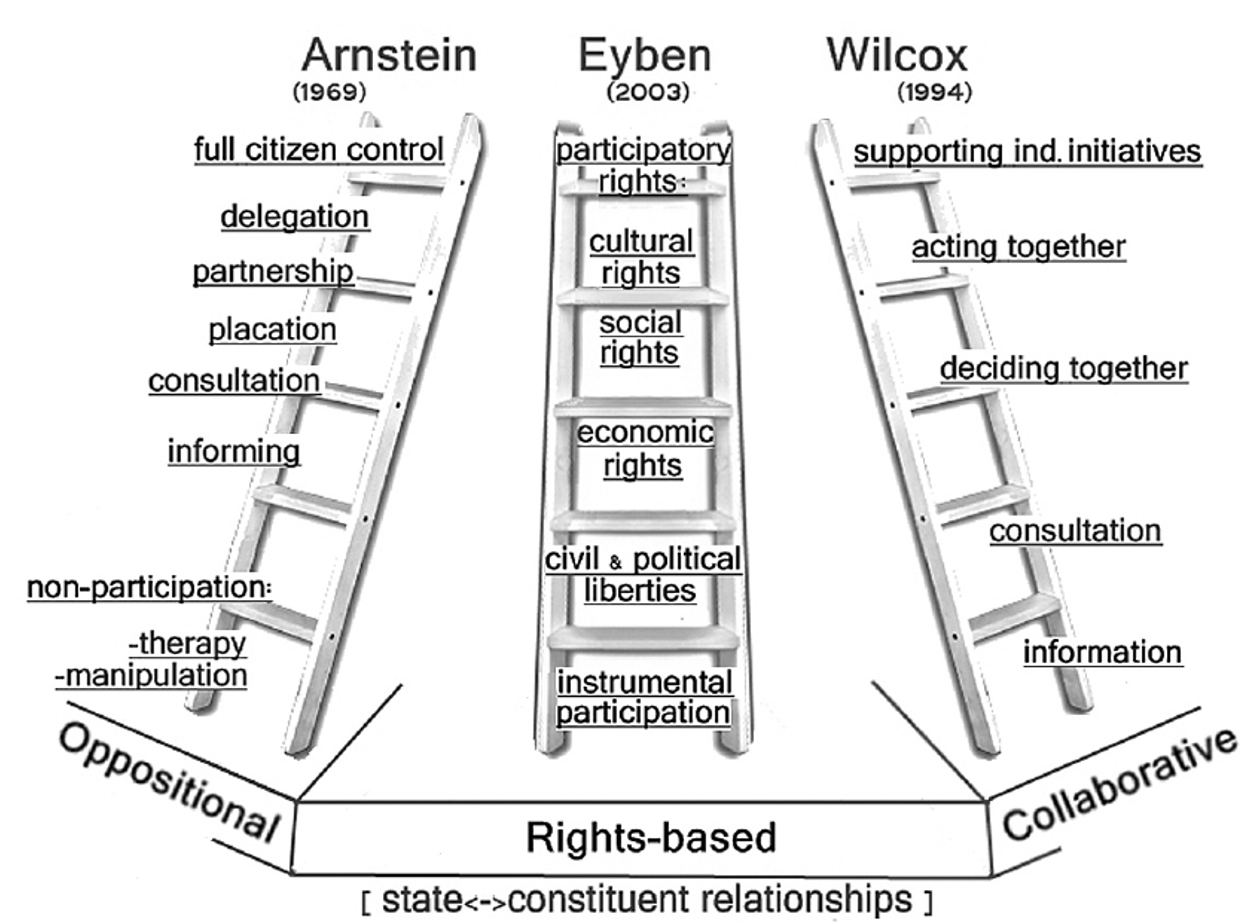 Despite the differences between the theories and conceptions about participation, the main aspect is the role of the community in decision-making. In this guide, participation is seen as a process in which decision-making can vary according to the characteristics of communities and so it may be achieved in different ways according to the context but always based on the centrality of the community.

Regarding the general work with communities, the 2003 Convention Committee adopted 12 Ethical Principles that are widely accepted as a good practice and serve as a basis for developing a code of ethics when working with local communities. They were inspired by the existing international normative instruments protecting human rights and the rights of indigenous peoples. They aim to guarantee transparency and respect, and they ensure the community directly benefits from the inventorying process.

One of the most important tools to guarantee transparency and equity in the inventory process is free, prior, and informed consent. This is not a document to be signed by some community representatives. Instead, it is a process that implies constant dialogue and comprehension about the decisions that should be made at each step of the process. Beyond that, the procedures to obtain the consent must reflect the inclusivity throughout the inventory process.

To know more about free, prior, and informed consent, see:

To know more about Ethical Principles to work with Living Heritage, see:

Back to top of page